Two tidbits about Deaf history during the civil war — the one you already know, and the other one you may not know! Watch on…enjoy! ♥️

Adonia: Hello, I’m here at the Civil War Museum in Atlanta. The history of what happened during the civil war is truly heartbreaking. The purpose of me being here is to talk about Deaf history in connection to the civil war. As you know, civil war was terrible at the time with certain people who planned to kill the group of officials like, for example, the US President Lincoln, the US Secretary of State named Seward and some other officials. Two of those officials (Lincoln and Seward) had a connection with Deaf people. You already know that President Lincoln supported and signed a charter for Deaf college – Gallaudet University and that’s where I graduated from, cool! The Secretary of State Seward had a Deaf niece named Mary E. Wayland who graduated from New York School for the Deaf-Fanwood and married a Deaf artist named John Carlin. Neat! That’s Deaf history during the time of civil war! 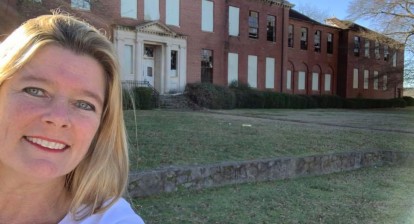