I am posing with this highly respected teacher, Laurent Clerc. Clerc was the one who taught two Deaf Georgians – the Flournoy brothers. John J. Flournoy inspired us when he proposed to establish Georgia School for the Deaf in 1833. His older brother Marcus A. Flournoy was one of four documented Americans who went overseas to Paris Deaf School (at the time America did not have Deaf Schools yet) and became a student of Clerc. In America, Clerc gave John private lessons how to write French. Clerc empasized how important to engage in the art of teaching all subjects in English and French through his native French Sign Language (later evolved into today’s ASL). Clerc was a giant in Deaf education and strongly supported the language policy to speak in signed languages, read and write in the language in text at his Deaf schools. Happy Birthday, Clerc! And thank you, Clerc for being a big influence on the Deaf Flournoys. 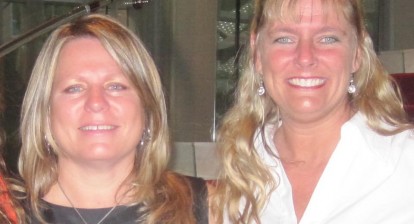