Remember in an earlier post I was asking you to guess where I was go to, and who I was talking about? My answer is this Kentucky School for the Deaf! Here’s the video about a brief history of KSD – length of video is 06:33. ♥️

Adonia: Hello, I’m here in Danville, KY, where Kentucky School for the Deaf first opened right over there! How did it all started? An offical named General Elias Barbee had a Deaf 24-year-old daughter named Lucy Barbee and there was no formal Deaf education or Deaf school to be found for her. So the father proposed a bill to establish KY school for the Deaf (December 18th, 1822). It was approved and the school for the Deaf was opened (April 10th, 1823). It was originally called the Yellow House. (It was later relocated to a different place.)

Adonia: Anyway, it so happened that a couple who first supervised the school were John R. Kerr and his wife (John was the superintendent, his wife was the matron). DeWitt Clinton Mitchell, a hearing teacher who used to teach at New York School for the Deaf – Fanwood, was hired to teach at Kentucky School for the Deaf in 1823. He continued teaching until the board of trustees decided they don’t like him, and in 1824 they brought in John A. Jacobs, a local Kentuckian, who had studied at Centre College not too far from here and had some experiences in teaching at the school before. He was sent to American School for the Deaf in West Hartford, Connecticut (riding on a horse for hours from Kentucky to Connecticut) to learn from Laurent Clerc how to teach Deaf children through signing (reading and writing). Jacobs had planned to stay at American School for the Deaf for three years, but due to dwindling budget the board of trustees had allocated for Jacobs’ training needs, they had Jacobs return to Kentucky after only one year (he had to ride the same horse all the way back home too!)

Adonia: Remember the Yellow House which was only rented? Well, it has been moved over here on its own property where Kentucky School for the Deaf is now located, residing on the South Second Street ever since to this day.

Adonia: That year 1885 a School for the Black Deaf was established not far from here, where it continued until 1959 when the Deaf Black students was intergrated into the classes with the rest of the students at the main Kentucky School for the Deaf; then in 1963 the segregation was done away, and the Deaf students, both white and black can attend the same classes, sleep in the same dorms and so forth. There was one problem; when the Black Deaf students should have graduated, they never received high school dipolmas due to still lingering bias toward skin color. 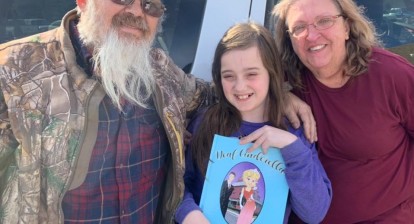 Sarah Elcker Got A Copy of Deaf Cinderella Book
January 23, 2020 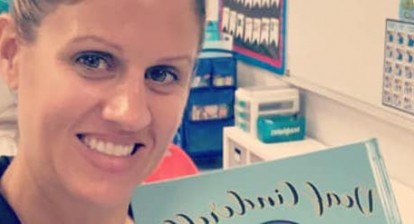 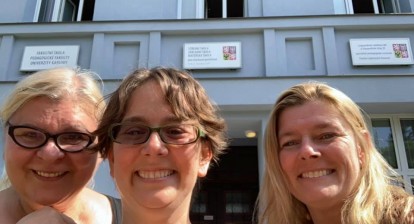 Adonia and friends at another Prague Deaf School
June 18, 2019 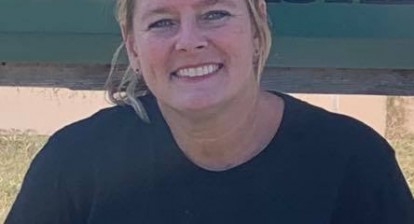