Adonia: Later, his wife passed away and Job Turner quit teaching to become a pastor instead. He preached mostly in southern states. Before his death the last place he visited was Georgia for the Deaf (my school). What’s interesting and amazing is that when I read the book about the history of GSD I found out that over the years Job Turner shook hands with several US presidents, starting with ‪the 6th until the 25th‬ POTUS shortly before Turner’s death! But, according to the history of Virginia book, it mentioned that Turner only shook hands with the 11th down to the 17th POTUS. Either way, it’s still awesome that Job Turner personally met and shook hands with many US presidents during his lifetime! (It seems to be his goal to shake hands with as many US presidents as he could while he was still alive, anyhow).

Adonia: The reason I’m telling you the story about Job Turner was that during his lifetime he made a major contribution to Deaf community; in 1866 he established a private school for the Deaf in his own house. He advertised about it in the newspapers, inviting Deaf children to come and be taught; about 12 Deaf students came, and he taught them to speak in their native signed language, read, and write. That way the Deaf students can then attend other Deaf schools of their choice. It was important that they knew how to speak signed language, read and write when they are five, six and older. That was Job Turner’s goal, just like our goal today. Let’s give him our thank-you waving hands for all he had done! ♥️ 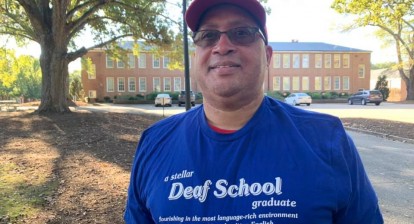 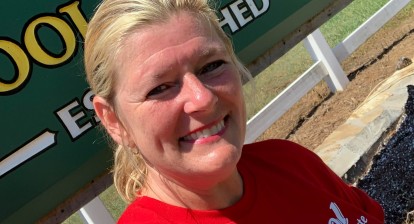 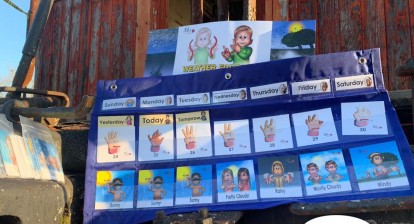