Today is a special day — GSD’s 173rd Anniversary! Take a look at those videos of GSD’s three locations.

[Video transcript]
Hi, I am here at Cave Spring. See the sign that said, “Welcome to Cave Spring (sign name for Cave Spring) and it was established in 1832.” Why am I telling you about Cave Spring? Because this is the town where GSD is established, in three different places. I’ll show you where later on. I want to tell you that John J. Flournoy, a Deaf man, was the one who proposed an idea to establish Georgia School for the Deaf in 1833. But…see 1832 here when I said 1833? GSD’s proposal was actually mentioned a year after the town Cave Spring was established!

This is a school, which is named Lott Hearn Manual Labor School. it was for hearing students. It used to have a connection to this log cabin, which was the department of GSD students. That was the first private school in 1846.

Here’s the Fannin Campus of GSD. The state realized that GSD needed to be funded, and so GSD was moved from the login cabin to the Fannin Campus here. No more private school…it has became state-governed school. You can see the GSD building behind the historical marker. Also, the historical marker was erected in 1956 because the state realized the importance of recognizing Flounory’s proposal for establishing GSD (which had been previously ignored because he was Deaf.) Take a look at name of John J. Flournoy on the marker!

Here is the Gordon Campus. It was for the GSD’s Black students, who were segregated from GSD’s White students at Fannin Campus a long time ago. GSD’s Black school was established in 1882. The segregation continued until the law ended it (in 1954) and allowed the Black and White students to mingle among themselves and to attend classes together. However GSD was late…the school ended segregation in 1975! For a time being afterward both campuses – Fannin and Gordon – continue operating until 1984, when the Fannin Campus was closed due to mainstreaming law. GSD students were then moved to Gordon Campus. Since then GSD here at Gordon Campus is still in operation today. Why am I talking about all of this GSD history? Today is May 15, 2019. That means it is 173rd anniversary of GSD! It started all way from the private school in log cabin in 1846 until today – 173 years!
(Sorry, I said 173th, not 173rd!) 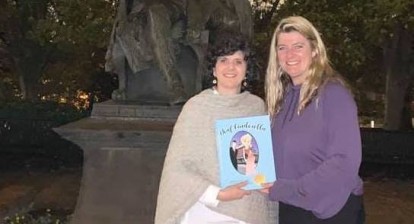 Libby Oxenham Is Now An Owner Of A Copy of Deaf Cinderella Book
October 29, 2019 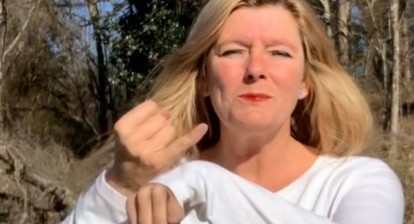 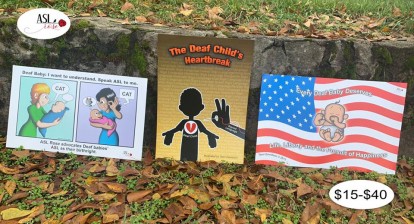