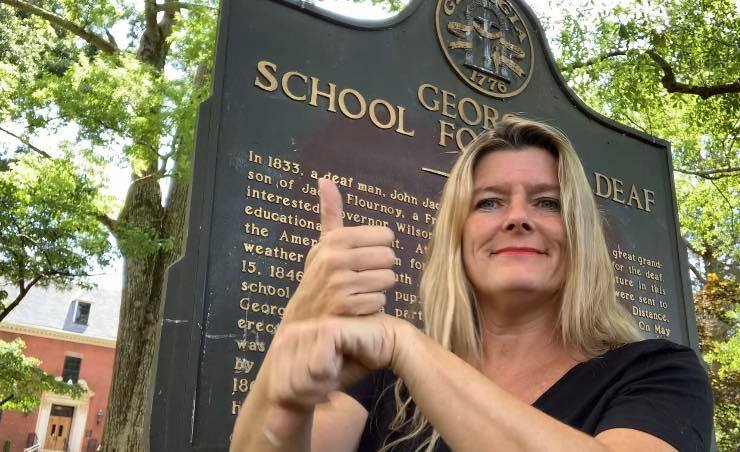 It is awesome to see a Deaf person who proposed to ESTABLISH a Deaf school a year after a city was incorporated! (Not ten years later – just one year later!) Many people in America did not know that, because private and public schools in that city usually tend to wait for several years before they could be opened. And his name was only barely mentioned in the Deaf school historical marker, but he was still unknown in that city. This Deaf person deserves to be mentioned more often and not just in the historical marker alone. This is example #1 that just mentioning his name or even barely recognizing him is not enough, as it will not make him as well-known as he should be.

Example #2: a Deaf person inquired about needing to ESTABLISH a Deaf school, but the State Legislature pushed him away and would not give him credit for founding, opening and running his Deaf school back in his days. Even now, the State still have not acknowledged or credited him for his efforts.

Example #3: a Deaf man founded, opened and successfully ran his Deaf school for many, many years. He was the one who ESTABLISHED his school. But then the State Legislature forced him to apply for his superintendent job, and the job was given to someone else instead who immediately took control over the Deaf school.

Example #4: most recently, a Deaf superintendent changed the philosophical policy from status quo to bilingual and bicultural. Afterwards, she was attacked by its own community and the State took an advantage of this as an excuse to force her to resign.

Those are just a few examples of many Deaf leaders who were either oppressed, discriminated against, attacked, forced to leave, pushed away, or had their credits unjustly taken away. It happened and still is happening in all different kinds of Deaf schools in US since the Deaf education formation was introduced in early 1810s. That includes superintendent’s positions too.

This is why National Deaf Schools Museum is a place to recognize those Deaf leaders, both past and present, for their efforts to improve Deaf community. ♥️

Share This Post
Previous ArticleMy Project From My Wood Classes at GSDNext ArticleYou Are Loved by ASL Rose ♥️
You May Also Like
A Story for Deaf learners and ASL learners around the World
March 23, 2020 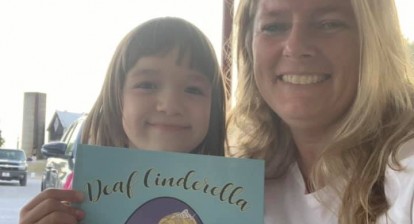 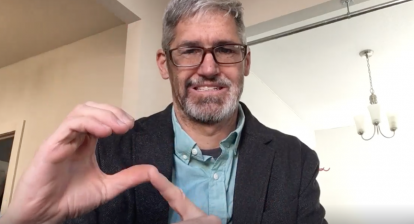