Interesting historical tibdit: Margaret Mitchell, an author of a well-known novel, Gone with Wind, and Ellen G. (Newcomb) Fisher, GSD’s first Deaf librarian, are both buried in the SAME cemetery! Just wanted to share that with y’all!

Ellen G. Fisher was an alumni of American School for the Deaf. She and her husband, James were brought from Tennessee to Georgia School for the Deaf by GSD’s fourth superintendent Wesley O. Connor who reopened GSD at the end of the Civil War in 1867. Ellen Fisher prided herself in telling stories from the books in ASL to her students in GSD library for a number of years. Supt. Connor considered Ellen and James so valuable he would NOT let them go even during the storm of the Milan 1880 (oralism) until Connor’s retirement. Fisher continued serving for few more years under GSD’s fifth superintendent James C. Harris. Supt. Harris changed the school’s language policy from spoken ASL to spoken English…which means the Deaf students had to rely on reading teachers’ lips in order to learn written English in classes! Which is idiotic, since even hearing people can’t read lips to learn written English anyhow! Nevertheless, Fisher was honored by having the library named “Ellen G. Fisher Library” at GSD after her in 1907. After the staff had changed from ASL to oralism and continuing this method for many years at GSD, they removed her name from the library and the legacy of Ellen G. Fisher is covered up for about 100 years. Even after ASL has returned to GSD, no attempts were made to restore honor to Ellen G. Fisher! But, we have found the LEGACY of Ellen G. (Newcomb) Fisher in her gravestone. Her legacy shall continue in our eyes! ♥️

Adonia: I’m here in Oakland Cemetry in Alanta, GA. Want to know whose grave this is? This is where a very important Deaf woman named Ellen G. Fisher is buried! Who is Ellen G. Fisher? She was the first Deaf librarian at the library of Georgia School for the Deaf! See the engraved book in the tombstone? Fisher used to tell stories in ASL to GSD students during the library time, even during the period of Oralism which forced Deaf schools to switch from ASL to Oral method. Fisher would not speak with her voice, preferring to continue speaking ASL only and continuing to do so for the rest of her life. Amazing. In 1907 (Fisher died in 1902) GSD honored her and named the library “Ellen G. Fisher Library” after her. What a honor! Now you know who Ellen G. Fisher is! 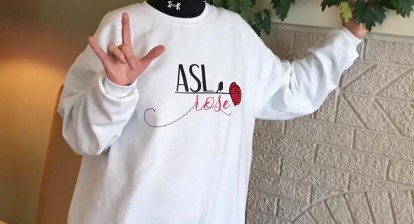 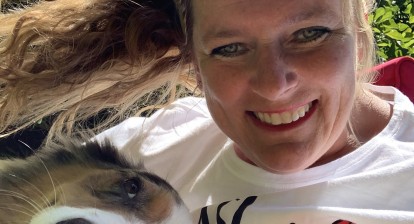 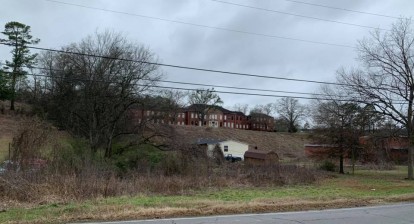