ADONIA: I’m here at Prague Deaf School in Prague and I’ll be talking about how this school is established. Let me show you the poraits of those people. This is Casper Herman Count Kunigl, who contributed money for the school in 1786. This is the first head master of this Prague Deaf school; his name was Karl Berger and he was a priest. He started his school at his home in 1767 and he did not know how to teach Deaf students but I’ll talk more about that later. Karl Berger hired this teacher to help teach Deaf students. In 1796 Karl Berger left and was replaced by Jan Mucke who was assisted by this teacher Ondrej Schwarz. They were not supportive of signed language; instead, they supported oral methods (“Leipzig Method of Teaching” or spoken German only) instead. I’ll talk about that in next vidoes.

ADONIA: Hello, I want to tell you a story about the Prague Deaf school and how it was established. OK, in the year 1767, a hearing priest named Karl Berger saw Deaf children and adults adrift due to lack of formal education, so he gathered them at his home and tried to figure out how to give them proper education. His house was in Platen (but have since changed to Horni Blatna) which is about two hours away from here. As Karl Berger continued to figure how to teach and care for his Deaf students, in 1779, Vienna (Austria) Deaf School was established. One year later Karl went to Vienna (Austria) Deaf School to observe and learn the art of teaching of Deaf there (Austrian Sign Language and written German). Karl returned home to attempt to teach his Deaf pupils using similar method. But soon he decided to contact Count Kunigl if he would help establish a school for the Deaf. Count Kunigl then contacted Emperor Joseph II for permission to establish a place for the Deaf students. The permission was granted, and Prague Deaf School was established, with Karl Berger hired as the first head master and a teacher of this Prague Deaf school. Since the school was originally located at Karl’s home two hours away, it was re-located to this very building just behind me. Then they were moved to the corner of either of two buildings, see them?

ADONIA: The first private school, originally at those buildings, is located right here. It became a governor-funded Deaf. Karl Berger later left in 1796 and was replaced by a new school master who abolished signed languages. Even today the school continues to teach using oral methods only. The students, however, when not at school spoke in their Czech Sign Language. Now that’s the history about the Prague Deaf School! 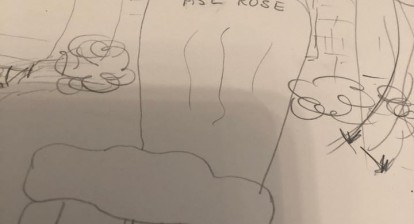 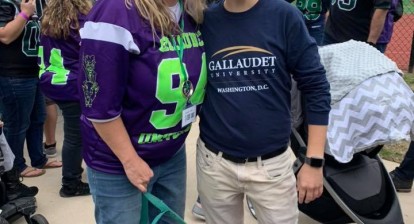 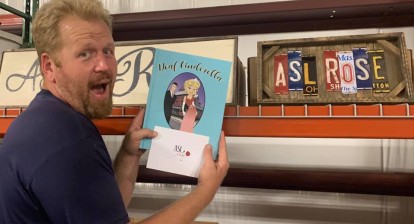