See a picture of her at Western Pennsylvania School for the Deaf in Pittsburgh when she was small? She entered WPSD at the age of three in 1974 and stayed there for some time until 1977 when the School District’s Local Education Agency tried to convinced her parents to transfer her to a local public elementary school because she could hear a little. (Ironically, the agency didn’t want to transfer Grace’s Deaf brother because he couldn’t hear anything.)

But her parents didn’t like that idea and School District’s Local Education Agency suggested why not give it a try for a year? Then she can go back to WPSD. So parents agreed to that and see how it goes from there. When a year was drawing to an end and Grace has been attending a public elementary school (which is right next to WPSD!), Grace’s mother was tricked by the agency into signing the papers that she didn’t understand. Shortly later on, when the parents decided Grace would go back to WPSD because it is for Grace’s best interest, the agency told them that because Grace’s mother had signed the papers, Grace had to stay in a public elementary school instead. Her parents fought in the court to keep her in WPSD because they knew she would thrive the best in an environment with spoken ASL and Deaf Culture immersion. But the School District’s Local Education Agency, with help of the new mainstreaming law that was passed just a few years earlier, prevailed and so Grace stayed in a mainstreamed public school until she graduated.

To this day, Grace said she wished she had stayed in WPSD. She said she never kept in touch with her hearing friends at her public school, never got together with them or attended any class reunions. She only stay in touch with her 6 Deaf classmates and continues with their friendships for a long time after graduation. The moral? Never underestimate any Deaf student who can’t hear anything! Merely hearing a little does NOT mean they are smarter or better! Just different spoken languages. And lifelong friendships among Deaf people are not to be underestimated either! ♥️

Adonia: Hello! I’m here to tell you a true story…there’s a longer version (Grace’s testimonial) below for you to read in this post. It so happened that my best friend named Grace (Laird) Schaffer (demonstrates name sign), who came from a strong Deaf family, and already a fully biligual from birth, went to WPSD with her Deaf brother when they were really young. Grace was attending WPSD for three years when the School District’s Local Education Agency (LEA), who had been looking to put into public schools any Deaf children who can hear a little (so they can keep their job), tried to convinced Grace’s parents to transfer her to a local public elementary school because she could hear a little. They suggested letting her attend a public school for a year, and Grace’s parents inititally agreed. But things went terribly wrong, and they went to court asking to put Grace back to WPSD. But they lost the case, and Grace continued in the mainstreamed public school until she graduated.

Adonia: Grace often said she wished she stayed in WPSD. That is a typical story how a local educational agency tricked the parents into putting Deaf children into mainstreamed public schools because they can hear even a bit! (Grace’s brother is completely Deaf; therefore, LEA ignored him, focusing instead on Grace because she has some degree of hearing in her ears.) It happened in about 1978, shortly after the mainstreaming law was passed (in 1975). LEA used the new law to win the case against Grace’s parents. Very sad indeed. Anyway, Grace grew up just fine, still speaking ASL and reading & writing English and even speak English vocally. But the story of LEA vs. Grace’s parents is really tragic. You, the parents of Deaf children, who are waffling between Deaf schools and mainstreamed public schools…I would encourage you to decide on Deaf schools instead! Read Grace’s story about her experience and testimonial about why she wished she could stay at WPSD. 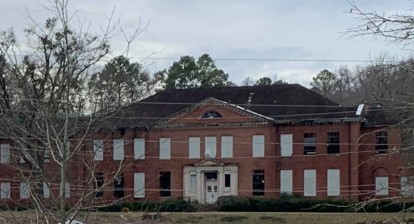